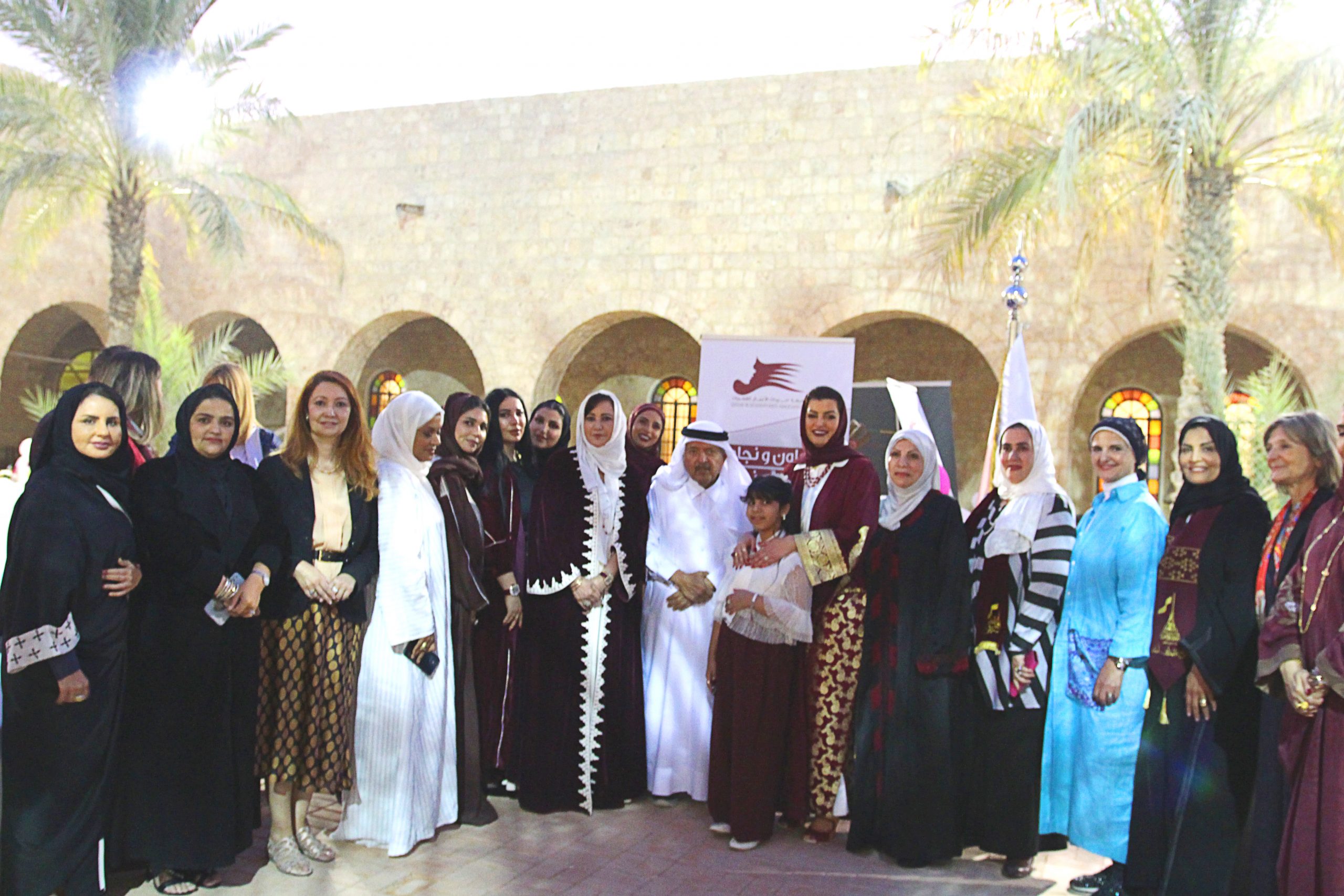 Doha, Qatar 14 December 2021: the Qatari Businesswomen Association organized yesterday a special celebration on the occasion of Qatar’s National Day. The celebration was organized at Sheikh Faisal Bin Qassim Al Thani Museum specifically in line with the slogan of this year’s National Day “The Grandfathers’ lands… is a Trust” as it is considered one of the important Qatari cultural landmarks that seek to bring the local community, all ages, closer to their past and culture, and to revive their memory with the skills and wisdom of their ancestors and the struggles and conditions they have faced and lived through and affected them. Aligned with the slogan which expresses the intimate connection of Qataris with their environment since ancient times, in which they were raised and affected by its characteristics, so they coexisted with its nature on sea and land, until it formed an important and influential part in strengthening their identity.

The members of the Qatari Businesswomen Association were keen to celebrate the National Day in a distinctive and different way, as it is the day when the State of Qatar recalls how it succeeded in achieving its national unity, becoming a distinguished country, and it is the day that witnesses expressions of love, pride and gratitude to the great people of the State of Qatar who participated in Solidarity and development, and swore to moving forward on the path of their ancestors, the people of dignity, science and religion.

At the beginning of the celebration, Mrs. Aisha Alfardan welcomed the members of the Association and the distinguished guests of ambassadors and honorary members who were keen to be present in this special occasion and said “It is My pleasure that today we celebrate the National Day together, and as we are approaching the new year, the year that is unlike any other, the year that the whole world is waiting for and we are waiting it as a wish that we see come true day by day and as we are all passionate while waiting for the start of the 2022 World Cup whistle… this whistle that will echo for the first time in the Arab world and the Middle East”

Mrs. Aisha also added “in this occasion please allow me on behalf of my sisters in QBWA to extend my sincere congratulations and blessings to HH Sheikh / Tamim bin Hamad Al Thani, the Emir of the State of Qatar, and to HH Sheikh / Hamad bin Khalifa Al Thani, the Father Emir, and HH Sheikha Mozah bint Nasser, may God preserve and protect them, and keep them safe for this country.

The speech of QBWA Vice President, Mrs. Aisha Alfardan, also included the efforts of the state to preserve the environment, represented in implementing the first carbon-neutral tournament in the history of the FIFA World Cup, by building low-carbon stadiums, afforestation of the surrounding areas, providing a public transport network, and using solar energy to operate the tournament stadiums, which will leave a tangible legacy within projects to reduce carbon emissions and protect the environment. Then Mrs. Aisha concluded the speech by inviting all members to sing the words of the Qatari national anthem, congratulating everyone on this great occasion.

The guests then toured the museum and got acquainted with the various sections the museum represents a modern version of a cabinet of curiosities and contains exhibits that extend from the Jurassic age to the Islamic era to the present day, and it includes antiques from Islamic art to Qatari heritage, vehicles, jewelry, coins and others.

Sheikh Faisal bin Qassim Al Thani also attended part of the event, as he was keen to welcome the members and guests of the Qatari Businesswomen Association on this special occasion, congratulating everyone, and spoke about the museum and how proud he is with the museum being an important cultural value. The discussion also included the importance of the role of women in developing the society as a whole, as well as their role as a businesswoman, and the need to encourage them to engage in various fields and support them in facing challenges.

During the meeting, the guests discussed and valued the role of the wise leadership of His Highness Sheikh Tamim bin Hamad Al Thani, the Emir of the State of Qatar, in developing the country and its different sectors, including the Qatari economy, which is today one of the strongest regional economies and among the most promising economies at the global level, as Qatar has maintained balanced growth rates despite the various challenges facing the world.

His Highness also devoted great importance to the environment and sustainable development by including this field as one of the most important pillars of Qatar’s National Development vision (2030), through clear plans and programs aimed at preserving and protecting the environment and its natural balance, in order to achieve comprehensive and sustainable development for all future generations.